As the Associated Press put it: May Day demonstrations, celebrated as International Workers’ Day, were far more peaceful in other international cities, which saw protesters demanded better working conditions.

But the widespread protests in the United States were aimed directly at the new Republican president, who has followed up his aggressive anti-immigrant and anti-socialist rhetoric on the campaign trail with action in the White House.

I will continue to offer you chances to learn how to ground yourself in meaningful and safe engagement. I hope you will join me in this terribly important work at the level which is right, and righteous, for you.
Hazak v’nit’hazek, be strong and let us strengthen each other… 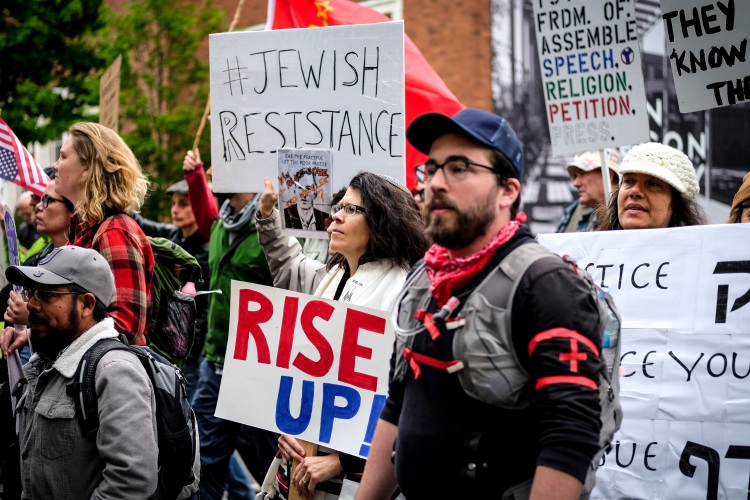